WHY CAREFUL MAINTENANCE OF MOULDS IS IMPORTANT 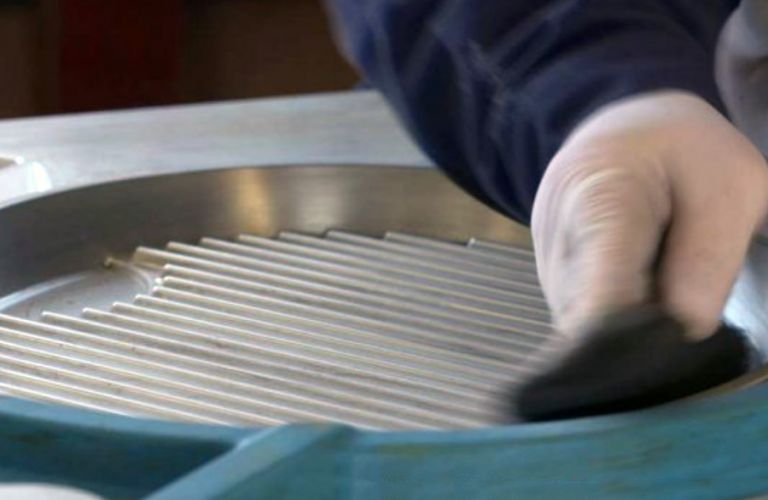 The moulds used in rotational moulding are mechanical tools subject to wear, and for this reason they require routine maintenance activities. The main reason that requires careful maintenance of the moulds, is to always have the highest quality of products and, consequently, the smallest possible number of faulty items.

In addition, these preventive procedures are of vital importance because they greatly reduce the risk of having to stop production due to a failure of a mould.

In fact, even if performing a proper preventive maintenance represents an investment that is not always negligible, the direct and indirect costs that arise from a malfunction of a mould are certainly higher.

The consequences of poor maintenance

The consequences of poor maintenance do not relate solely to the extraordinary costs of repairing or replacing defective moulds.

In fact, the malfunction of a mould may result in the stationing of a machine on which other moulds are mounted, causing inconvenience to different production lines.

In addition, a mould that does not work at its best may result in a reduction in the hourly efficiency of the machine, in a non-conformity of the finished products, or in the production of articles of inferior quality to expectations.

This causes significant delays in deliveries and a consequent loss of image of the company.

For this, it is essential to implement an ordinary preventive maintenance program, based on accurate technical documentation and performed by properly trained technicians.

The optimal frequency of maintenance

The frequency required for optimal maintenance depends on the design of the moulds.

In fact, moulds made of aluminium or other soft materials, or with complex shapes, wear out faster than those made of hard material or with more linear geometries.

Other factors that influence the preservation of the moulds concern the characteristics of the polymer used: high melting temperatures and presence of fillers wear the mould faster.

The speed with which the moulds wear out also depends on some environmental factors such as dust, dirt, or bad humidity and temperature conditions.

Of course, even a lack of care in daily use, excessive stress or inappropriate use of the mould may require more frequent ordinary and extraordinary maintenance, or even irreparably damage.

The most common routine maintenance operations

Therefore, in order to prolong the life of a mould and to limit the damages caused by a possible failure, it is necessary to carry out preventive maintenance, instead of waiting for a malfunction to occur in order to intervene.

The most common routine maintenance operations consist in the normal cleaning, in the unblocking of cavities clogged by residues of polymer dyes and other additives, and in the greasing of the mould opening and closing mechanisms.

It is important that these operations are carried out according to the guidelines set by the mould manufacturer or by the maintenance manager, avoiding delays of a few weeks in order not to stop production.

Generally, these procedures are reported on the mould use and maintenance manual, and must be carried out using appropriate tools and products, by trained personnel.

In addition, during production, all anomalies found on finished products, such as surface defects, imperfections in shape, and others, should be noted by category.

In this way it will be easier to identify any problems such as excessive wear, injuries, leaks and schedule timely extraordinary interventions.

In fact, an adequate knowledge of the conditions of each mould, allows one to foresee the cycles of use before it is necessary to suspend the production to carry out the maintenance.

[Cover: maintenance of a BOCA mould - photo by Giuseppe Galliano]

WE PRODUCE HIGH QUALITY POLYETHYLENE PRODUCTS FOR
CIVIL AND INDUSTRIAL USE